Popular sayings in magic and the meaning behind them 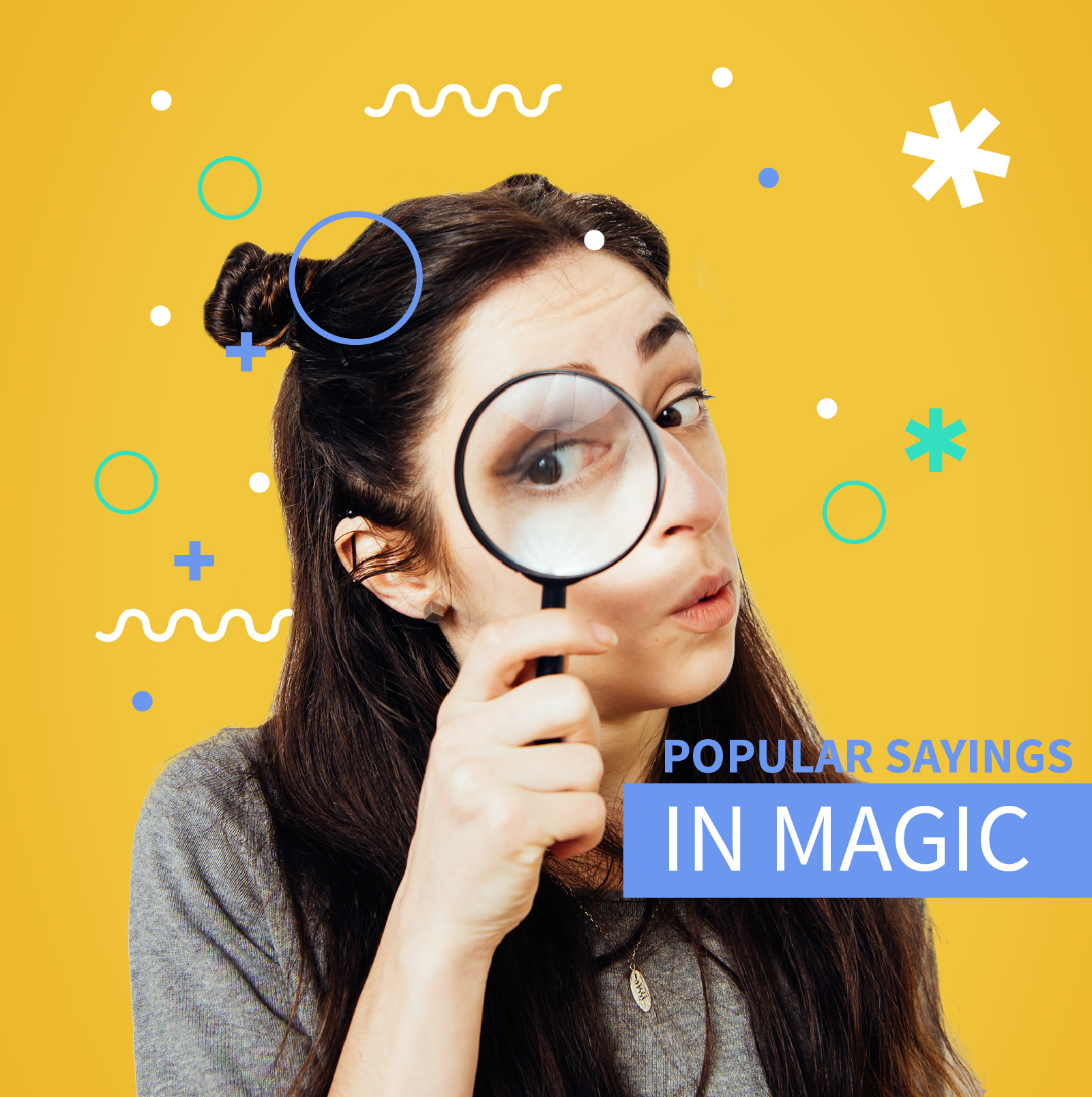 We know them, we heard them in shows, but what do they exactly mean? Popular sayings in magic add a certain charm and mystery to any show or trick, but how cool would it be to discover them more and understand the meaning they hold, especially those related to card trick!

Cutting a deck of cards is a technique where the deck is split into two portions which are then swapped. The effect is to make sure that no one is sure of which card is on the top of the deck. False cuts are when the performer appears to organise a fair cut, when actually a predetermined card (or cards) is organised to be located on the top of the deck. False cutting techniques include: the false running cut, and the gambler's false cut.

A trick deck usually refers to a deck of playing cards that has been altered in some way to allow magicians to perform certain card tricks where sleight of hand would be too difficult or impractical.

Just for the fun of knowing. The word is used as a magic word in stage magic tricks, and historically was believed to have healing powers when inscribed on an amulet! Cool no? In its modern use, it helps magician "make something happen". In reality, it is derived from ancient cabalistic symbols and at one time was believed to hold real power. The word may be derived from the Hebrew Ha-b'rakah, meaning "the blessing" or "the sacred name".

There are so many more expressions but we wouldn’t want to spoil one of our special courses “Complete Card Magic”. Enroll now and learn the best techniques that will definitely impress everyone!

Step into the world of magic and become a card expert in this online class and learn everything you need to know about holding, manipulating, counting cards, along with many detailed killer effects!